WELCOME TO ISTINE
OUR FAMILY ROOTS ANCHORED IN THE SOIL OF RADDA IN CHIANTI, LIKE THOSE OF OUR VINEYARDS.
SANGIOVESE IN OUR BLOOD AND NOT BEING ABLE TO DO OTHER THAN EXALTING IT.
FAMILY AND ORIGINS
The winery is relatively young and is owned by the Fronti family, whose origins are proudly peasants.
In 1959 Bruno Fronti creates a service business in agriculture, which grows successfully thanks to the collaboration with his sons Fabio and Stefano.
Agrichianti is today one of the most established companies in earthmoving, vineyard and green management.
After many years in the viticutural business, in 1982 the family buys its first hectares of land, where they plant their vineyards.
Today we own about 20 hectares of vineyards, mainly in the municipal area of Radda in Chianti, but also in Gaiole in Chianti. These vineyards are not in a single plot, but in separate parcels.
For many years the wine produced with our grapes, except for a small part for family use, is sold in bulk to other wineries, till harvest 2009, when finally we bottle our first wine with our own family label.
ISTINE, THE WINERY
With the introduction of the second generation into the company, it is natural to start our own production in the bottle.
The 2009 harvest and the first 3000 bottles of Chianti Classico concretely represent what has always been the great passion for wine, thus integrating and completing the family business.
The commitment for the future is to evolve and grow, while remaining faithful to the traditions and to our territory, trying to enhance as much as possible what nature is offering us and the viticultural peculiarities of the highest lands of the Chianti region.
We are certified organic since 2016. We believe in respect for nature, for the people working in the vineyard and for those who taste the wine in the glass. 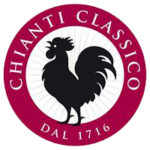 The territory of CHIANTI (where only CHIANTI CLASSICO and not CHIANTI wine is produced) is identified already in 1916. Today, it includes the provinces of Florence and Siena, and specifically the municipal areas of Castellina in Chianti, Gaiole in Chianti, Greve in Chianti and Radda in Chianti but also part of the municipalities of Barberino Val d’Elsa, Castelnuovo Berardenga, Poggibonsi, San Casciano Val di Pesa and Tavarnelle Val di Pesa.
In 1984 the wine produced in this territory is among the first in Italy to obtain the DOCG (Controlled and Guaranteed Designation of Origin). 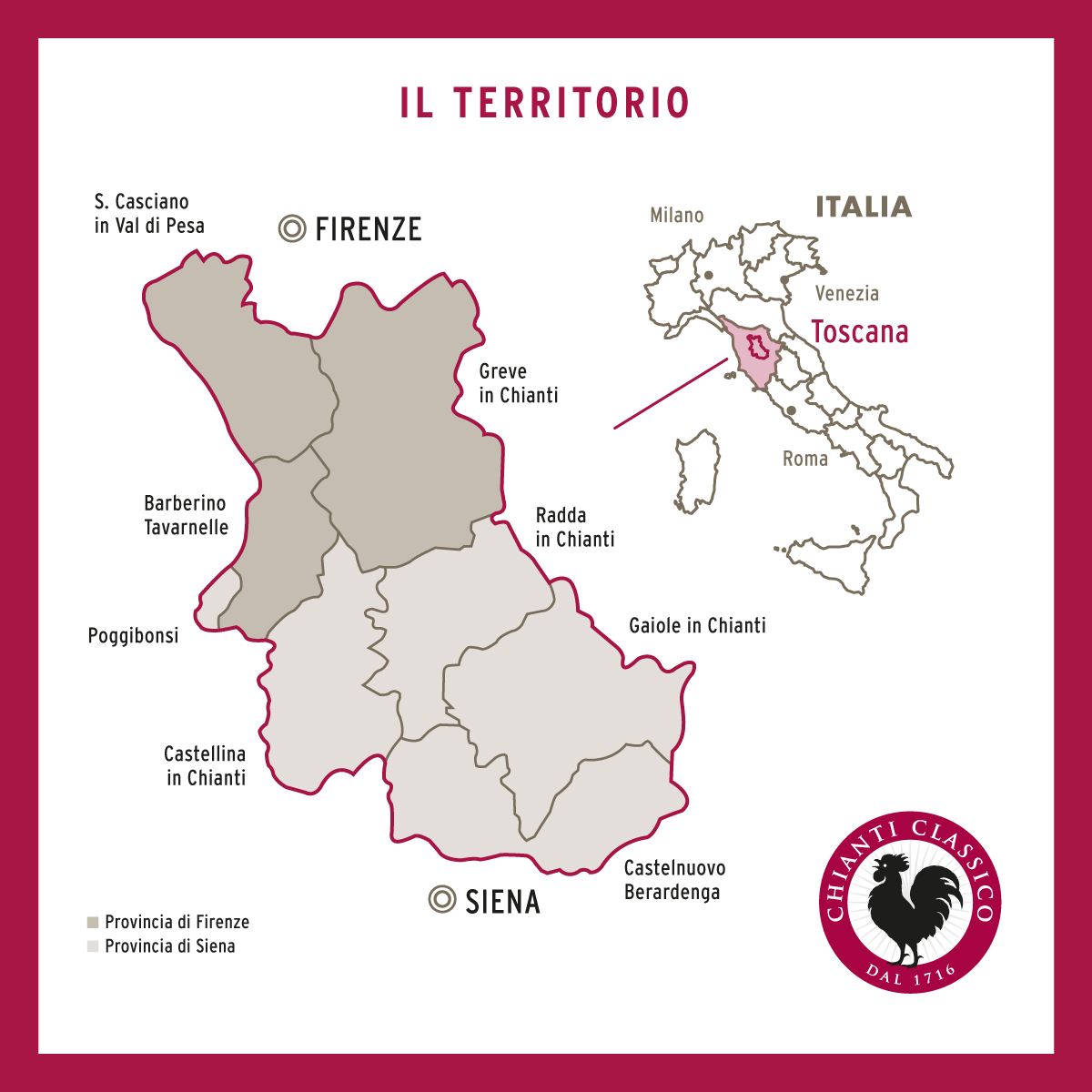 RADDA IN CHIANTI
Radda in Chianti is a charming medieval village, surrounded by towering walls.
Located on a slope between the Arbia and Pesa valleys, it has very ancient origins.
In its surroundings numerous Etruscan settlements have been found and
in fact the names of many places today still recall these ancient origins.
Inhabited since the 9th century BC, it is mentioned in a document dated 1002 BC.
The town preserves the medieval map, characterized by narrow alleys that lead to the main square of the town,
where the Church of San Niccolò is located.
Today Radda and its beautiful surroundings have become a popular tourist destination for those who love good wine and nature.
It’s a small but very active town; numerous events are organized there,
from the passage of the ‘Eroica’, a bicycle race on vintage bicycles, to the well-known festival ‘Radda nel Bicchiere’.

VINEYARDS
The vines are all located in different plots with well-distinguished characteristics. What they have in common is certainly the high altitude and the prevalently rocky soil, mostly Galestro and Alberese, a perfect combination for the exaltation of the Chianti Sangiovese. Freshness, elegance, minerality and therefore harmony, are the key words of this extraordinary grape.

CRU
With the 2012 harvest, the project of a separate vinification of Sangiovese according to the vineyard of origin is born, thus obtaining different wines thanks to the specific characteristics of exposure, soil and altitude. We therefore tell our story through the best Sangiovese harvested in the Vigna Istine (between Radda and Castellina), the one taken from the Vigna Casanova dell’Aia (near Radda) and the one coming from Vigna Cavarchione (in Vertine, near Gaiole in Chianti).

In the heart of the historical Chianti region, on the way between Radda and Castellina in Chianti, surrounded and protected by woods, the high vineyard of Istine gives us an astonishing view on the towns of Radda and Panzano in Chianti.

PRODUCTION AREA: around 5 ha
ALTITUDE: 480 – 550 m a.s.l. (one of the highest in the Chianti region)
SOIL: rich in skeleton with alternating marly limestones such as Alberese and Galestro and a slight presence of quartz
EXPOSURE: North-West
PLANTING DENSITY: 5.000 vines/ha planted in 2002

This is the historical vineyard of our family, recently replanted and which rises near the town of Radda. This place still holds memories of when the harvest used to be a party.

We are in Gaiole, near the historical village of Vertine, one of the youngest productive vineyards, planted in 2009 and 2010.
First harvest: 2013

THE WINES
Our will is to produce wines that reflect our territory, respect the environment and are made exclusively with our own local grapes. 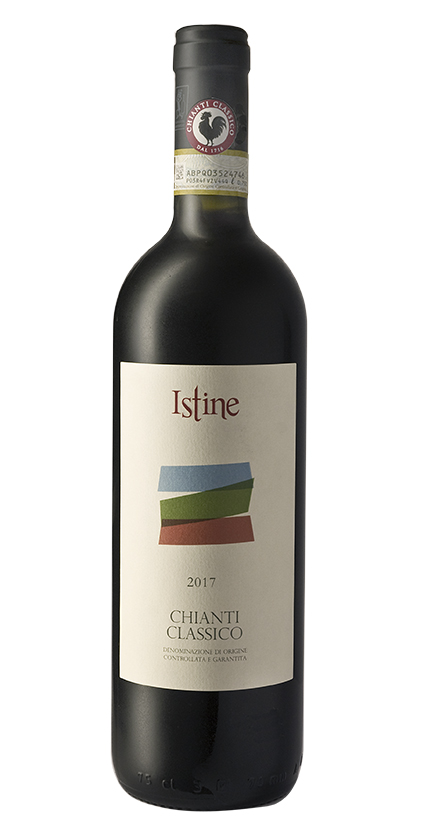 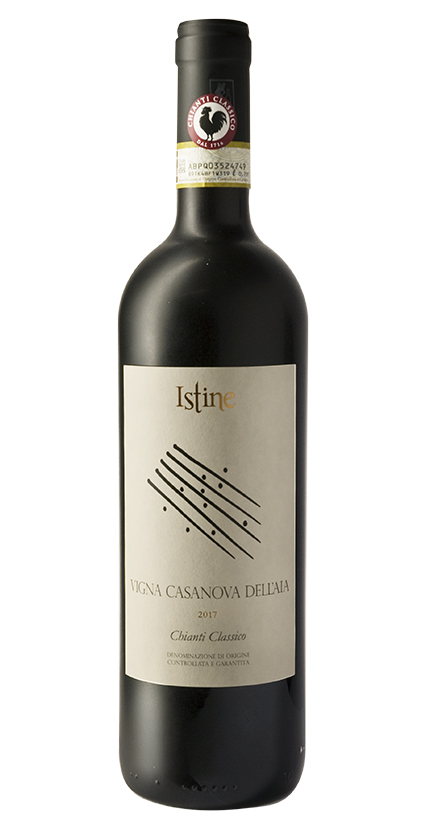 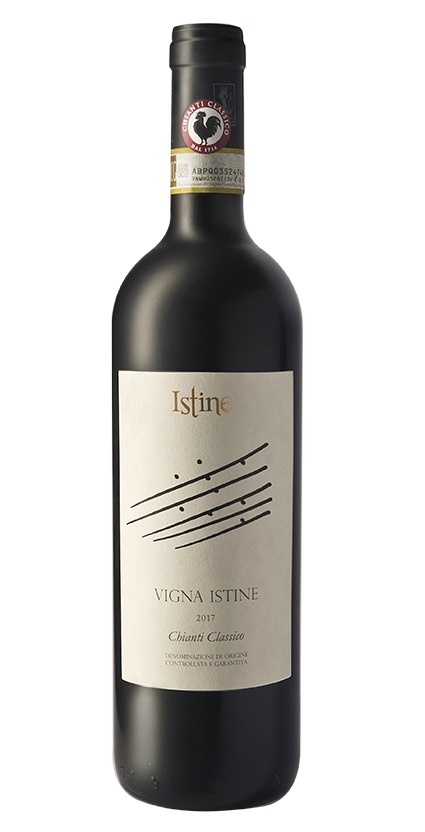 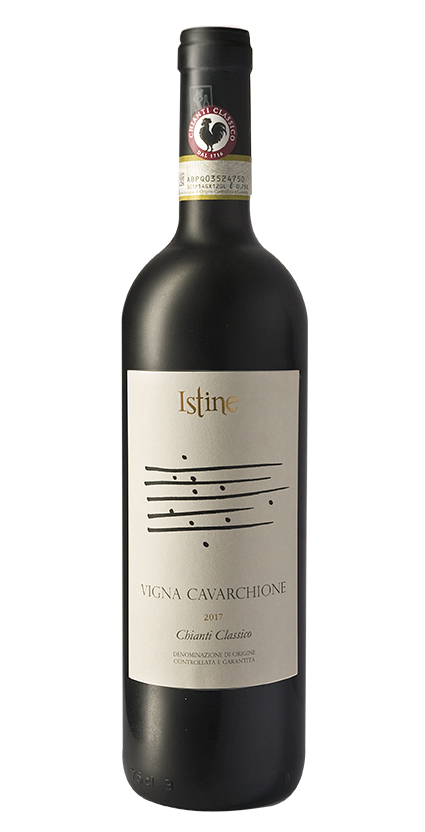 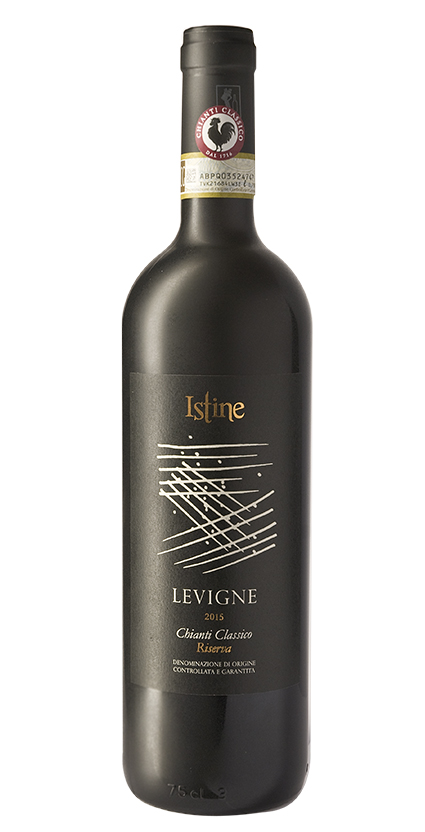 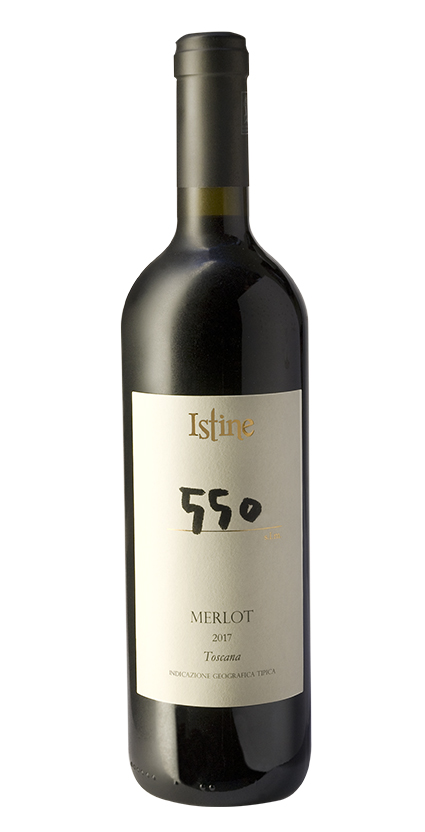 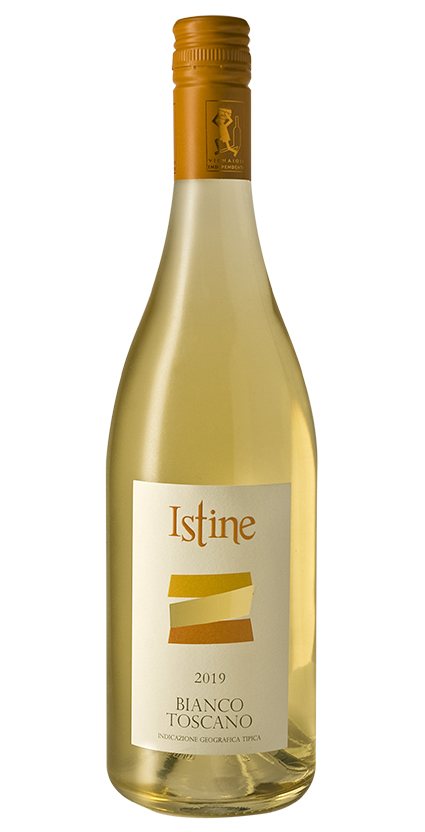 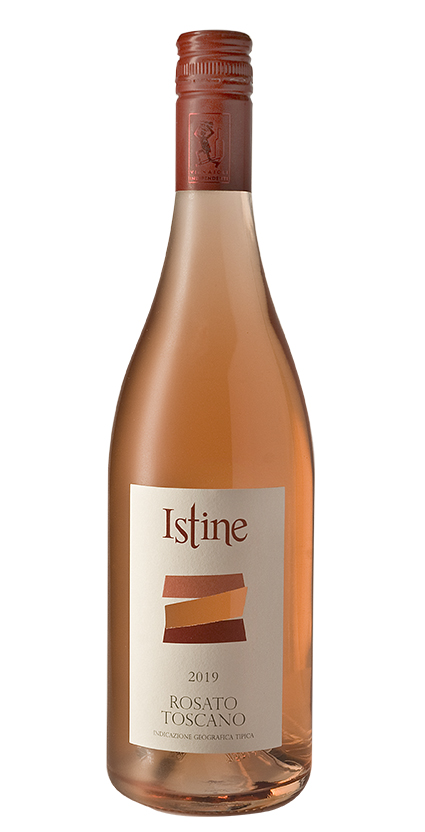 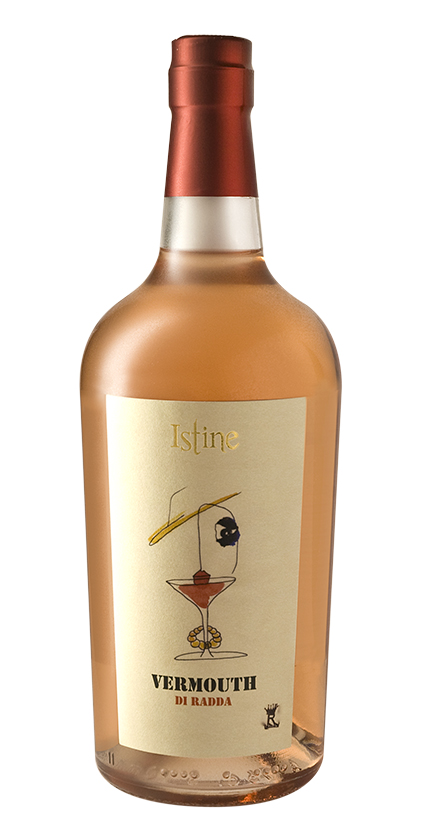 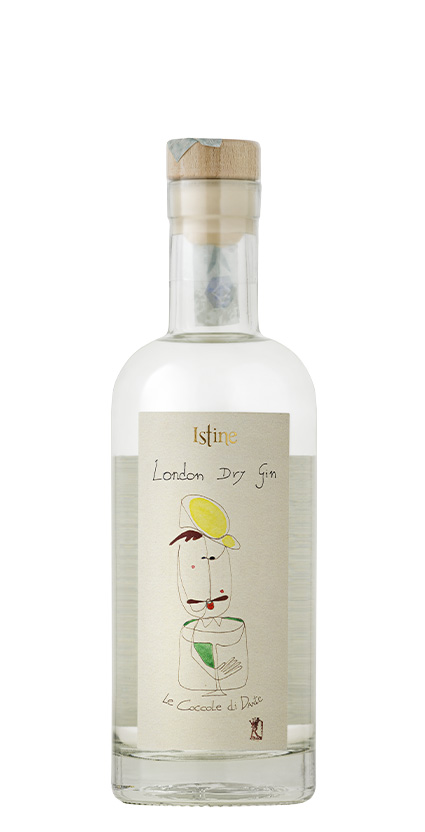 The Italian Federation of Independent Winegrowers (FIVI) is an association founded in 2008
with the Sscope of representing and safeguarding the figure of the winemaker
in relation to the institutions by promoting the quality and authenticity of Italian wines.
By statute, only winemakers who meet certain specific criteria can join FIVI:
“FIVI winegrowers cultivate their vines, bottle their own wines,
personally taking care of their own product.
They sell their production, or part of it, only in bottle,
under their own responsibility, name and label “.
WINE TASTINGS
Come to visit us!

You can taste our wines and visit our vineyards.
We are open only by online reservation from April to October. Book online your next wine tasting by clicking below the “Book Now”.